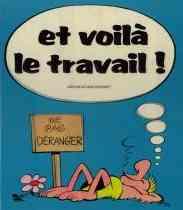 IA-SHS : Discussing human centered computing... from and introducing the idea of cognitive prostheses

Abstract
My talk will survey the activities at the Institute for Human & Machine Cognition (IHMC) and discuss the emerging perspective of human-centered computing. At its inception, IHMC consisted of 2 part-time employees and occupied one small room. In its first decade, IHMC has grown into one of the nation's premier IT-related research institutes with over 100 researchers and staff. Researchers at IHMC pioneer ground-breaking technologies aimed at leveraging and extending human capabilities. Our human-centered approach results in systems that can be regarded as cognitive prostheses, much as eyeglasses are a sort of ocular prosthesis. Our systems fit the human and machine components together in ways that exploit their respective strengths and mitigate their respective weaknesses. The design and fit of computational prostheses require a broader interdisciplinary range than is typically found in one organization, and IHMC staff includes computer scientists, cognitive psychologists, neuroscientists, physicians, philosophers, engineers and social scientists of various stripes, as well as some people who resist all attempts to classify them. Innovation is place-based. IHMC's presence in the heart of historic downtown Pensacola allows continuous interactions and frequent collisions of people and ideas. This stimulating, human-scale urban environment is rapidly becoming a habitat for innovation.
Publié par B.C. - ENSC - Bordeaux à 13:43 Aucun commentaire: